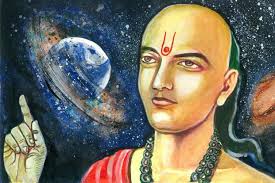 Aryabhata is the author of several treatises on mathematics and astronomy. Some of the important works are Aryabhatiya and Arya-siddhanta.

He was an astronomer, mathematician and also an astrologer. He is considered to be one of the Navaratnas of the court of legendary ruler Yashodharman Vikramaditya of Avanti.

His important works are:

He was born in modern day Bhinmal, near Jalore in Rajasthan and was the head of the astronomical observatory at Ujjain. His important works are Brahmasphuṭasiddhanta (Extensive Treatise of Brahma) (628), a theoretical treatise, and the Khaṇḍakhadyaka, a more practical text.

He was born near Bijapur (Karnataka) and was the head of an astronomical observatory at Ujjain. His main work Siddhānta Shiromani, (“Crown of treatises”) is divided into 4 parts; Lilavati (dealing with arithmatic),  Bijaganita (dealing with algebra), Grahaganita (astronomical calculations) and Goladhyaya (spherical trigonometry).

He received no formal education but stood first in high school examination in the district. Got scholarship for higher studies. He was appointed to the post of clerk where he continued with his research in mathematics. He began a famous partnership with the English Mathematician GH Hardy. He was elected to the Royal Society of London.

The National Mathematics Day is observed every year on 22nd December on his birth anniversary.

Autobiography and Movie: The feature film “The Man Who Knew Infinity” was based on his life.