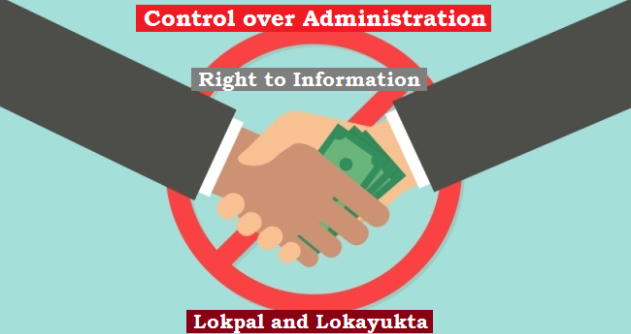 The 1st Administrative Reform Commission (1965) recommended the setting up of Lokpal and Lokayukta for redressal of citizen’s grievances. After many failed attempts by the Parliament, The Lokpal and Lokayukta Act 2013 was enacted which provides for the appointment of a Lokpal at the Centre and Lokayuktas in States, its structure, jurisdiction and powers.

They are not constitutional bodies. They are anti-corruption authorities or ombudsman with jurisdiction over all Govt employees, public representatives including the Prime Minister.

The institution of Ombudsman was first created in Sweden in 1809. ‘Ombud’ is a Swedish term and refers to a person who acts as the representative or spokesman of another person.

Right to Information Act 2005 mandates timely response to citizen requests for government information. It empowers the citizens for quick search of information on the details of first Appellate Authorities, PIOs etc. amongst others, besides access to RTI related information/ disclosures published on the web by various Public Authorities under the government of India as well as the State Governments. The nodal office for the implementation of is Department of Personnel and Training (DoPT).

The RTI Act 2005 has the following provisions among others:

However, there are certain provisions which are used for circumventing the Act: