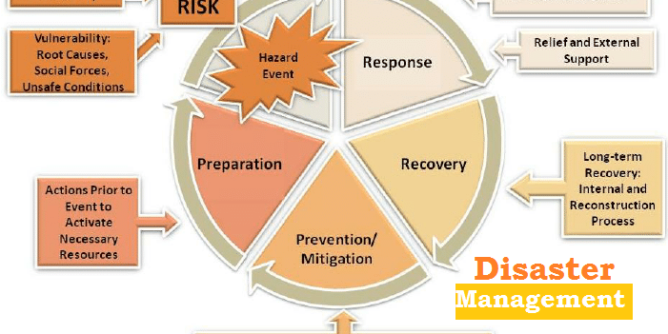 Disasters cannot be totally prevented. However early warning systems, careful planning and preparedness on part of the vulnerable community would help in minimizing the loss of life and property due to these disasters.

Types: a generic categorization of disasters could be made that would include:

There is a paradigm shift worldwide from a traditional relief approach to disaster preparedness.

Challenges: Disaster management is in the State List with Public Health (2nd ARC Report has recommended including it in the Concurrent List) is the main challenge among others which obstructs uniformity in tackling disasters.