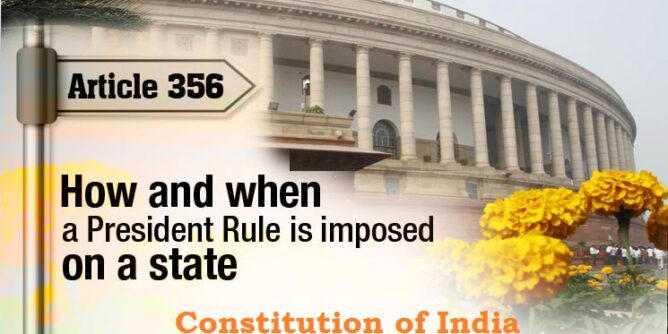 Art 352- Art 360 deal with emergency provisions, incorporated to safeguard the sovereignty, unity and integrity of the country. These provisions empower the Union Govt to meet certain unforeseen emergencies effectively by converting the federal structure into a unitary one without a formal amendment in the Constitution.

1. National Emergency (Art 352):
Due to war, external aggression, armed rebellion, etc
2. President’s Rule (Art 356):
Due to failure of constitutional machinery in the States
3. Financial Emergency (Art 360):
Due to a threat to financial stability of the nation

President can proclaim it only after receiving a written recommendation from the cabinet. (Concurrence of the council)

By the President if he is satisfied that the financial stability of the country or a part is threatened. (not beyond Judicial Review)

By the President at any time