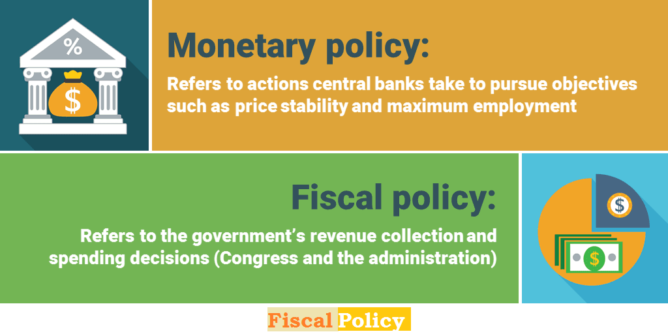 Fiscal policy means the use of taxation and public expenditure by the government for stabilization or growth of the economy. Fiscal policy of India always has two objectives, namely improving the growth performance of the economy and ensuring social justice to the people.

The fiscal policy is designed to achieve certain objectives:

Article 112: There is a constitutional requirement to present before the Parliament a statement of estimated receipts and expenditures of the government in respect of every financial year.

To obtain an estimate of borrowing on account of current expenditures exceeding revenues, we need to calculate it.

Article 292: Government of India can borrow amounts specified by the Parliament from time to time.

Article 293: State Governments in India can borrow only from internal sources.

Public Debt: Debt contracted against the guarantee of Consolidated Fund of India (defined as Public Debt)

There are two interlinked aspects:

Debt is a burden:

Government deficit can be reduced by an increase in taxes or reduction in expenditure.

Outstanding Liabilities:  Accumulation of borrowings over the years, expected at 21.2% of the GSDP