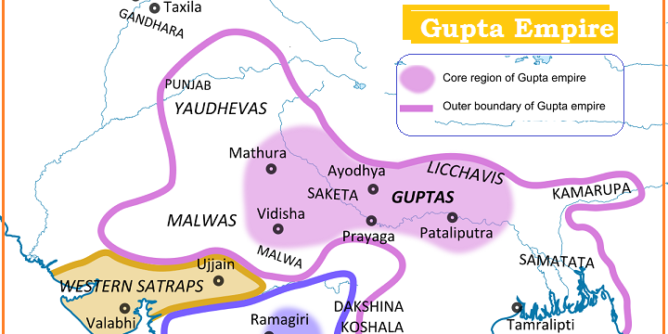 After the disintegration of Maurya Empire, the Satavahans and the Kushans acted as stabilizing factor in Deccan and in North India respectively (till 3 century AD). On the ruins of both empires, the feudatories of Kushans- Gupta Empire arose with their capital at Prayag, who had certain material advantages of their position because of the fertile and iron ore rich area and being in silk trade route to Roman Empire.

The Gupta period is called as ‘the Golden Age of Ancient India’. They kept India politically united for more than a century.

Srigupta founded the empire who was succeeded by his son Ghatotkacha whose details are not available.