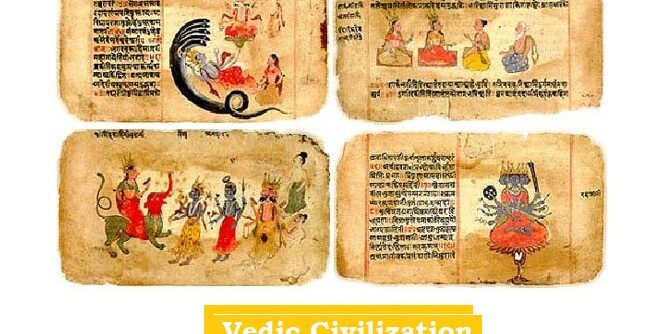 Vedic Civilization started with the arrival of Aryans into the Indian Sub-continent and settled in the Indus region (known as land of seven rivers ‘Saptasindhu’) around 1500 BC from Central Asian regions. Aryans had conflicts with the indigenous inhabitants (‘Dasas’ or ‘Dasyus’) and also among themselves (5 Aryan tribes).

They owed their success in their use of horses, chariots and better arms. Bharatas- the Aryan tribe, joined hands with Purus to form Kurus and later with Panchalas and established their rule in upper Gangetic basin.