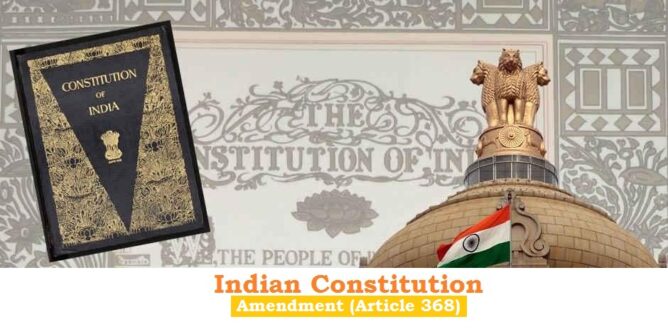 Art 368 deals with the powers of the Parliament to amend the Constitution and its procedure. The amendment procedure laid down is rigid and flexible; flexible to include the changed circumstances, philosophy and aspirations of the society like a ‘living document’, at the same time rigid to protect it against the whims of rulers.

The SC in Kesavananda Bharti Case (1973) gave a judicial innovation in the form of ‘Basic Structure’. Present condition is that the Parliament is empowered to amend any law without altering the ‘Basic Structure or Features’ of the Constitution.

There are three types of amendments:

3. By special majority and consent of states: