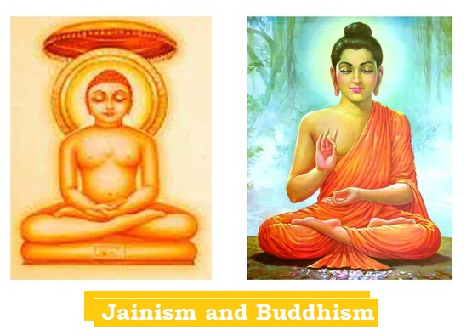 According to Jaina traditions, Jainism originated in 9th century BC and propagated by 24 Tirthankars, first being Rishabh Dev and last Vardhaman Mahaveer. Mahaveer was the real founder of Jainism. He was born in 540 BC (Vaishali) to royal family father Siddharth and mother Trishala (Lichhvi princess).

He attained Omniscience (Kaivalya) and became Mahavir or Jina (Conqueror) at the age of 42 and died in 468 BC (Pavapuri, Rajgir)

Gautama Buddha was a contemporary of Mahavir, born in 563 BC in Lumbini to Shakya king and Koshalan princess. At the age of 29, he left home and at 35, he was enlightened, died in 483 BC (Kushinagar)

There are many sects within Buddhism, but most can be classified into three major branches: