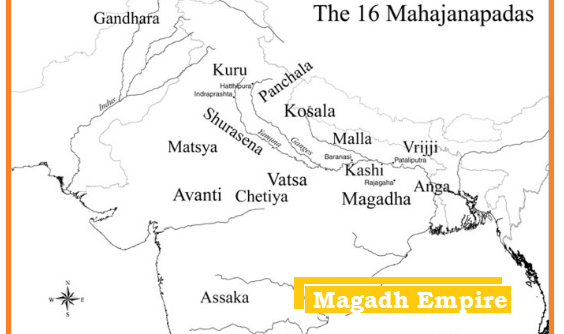 From the 6 century BC, the material advantages paved the way for the establishment of territorial kingdoms after Vedic period. ‘Jana’ or tribe was now given lesser importance as people owed strong allegiance to the Janapada or territory.

Magadha Mahajanapada emerged to be most powerful kingdom and succeeded in founding an empire. They established their capital at Rajgir, which was called Girivraj at that time, which was surrounded by 5 hills.