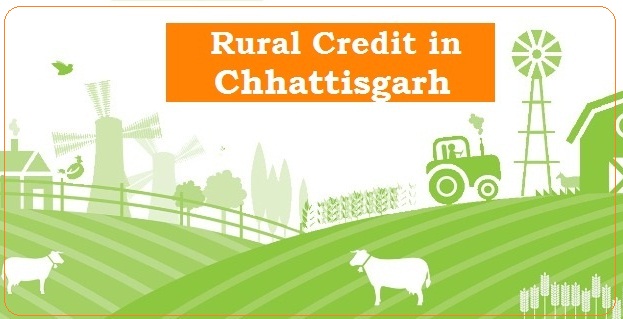 Agriculture credit is an important prerequisite for agricultural growth, especially the Rural credit system assumes importance because for most of the Indian rural families, savings are inadequate to finance farming and other economic activities. This coupled with the lack of simultaneity between income realization and expenditure and lumpiness of agricultural capital investments.

After independence of India, the Government adopted the institutional credit system approach for credit adequacy in rural areas. After the major banks were nationalized in 1969, commercial banks were mandated to open branches in rural areas. Institutional credit system is critical for agricultural development and its role has further increased in the liberalized economic environment. In India a multi-agency approach comprising co-operative banks, scheduled commercial banks and regional rural banks (RRBs) has been followed to allow credit to agricultural sector.

Providing better access to institutional credit for the small and marginal farmers and other weaker sections to enable them to adopt modern technology and improved agricultural practices has been a major thrust of the policy. National Bank for Agriculture and Rural Development (NABARD) is an apex institution established in 1982 for rural credit in India. It doesn’t directly finance farmers and other rural people. It grants assistance to them through the institutions described as follows:

Availability of Credit in Chhattisgarh (as % of Total Advance)

It is the apex banking institution to provide finance for Agriculture and rural development. National Bank for Agriculture and Rural Development (NABARD) was established on July 12, 1982 with the paid up capital of Rs. 100 cr. by 50: 50 contribution of government of India and Reserve bank of India. It is an apex institution in rural credit structure for providing credit for promotion of agriculture, small scale industries, cottage and village industries, handicrafts etc.

1. It is an apex institution which has power to deal with all matters concerning policy, planning as well as operations in giving credit for agriculture and other economic activities in the rural areas.

2. It is a refinancing agency for those institutions that provide investment and production credit for promoting the several developmental programs for rural development.

3. It is improving the absorptive capacity of the credit delivery system in India, including monitoring, formulation of rehabilitation schemes, restructuring of credit institutions, and training of personnel.

4. It co-ordinates the rural credit financing activities of all sorts of institutions engaged in developmental work at the field level while maintaining liaison with Government of India, and State Governments, and also RBI and other national level institutions that are concerned with policy formulation.

5. It prepares rural credit plans, annually, for all districts in the country.

6. It also promotes research in rural banking, and the field of agriculture and rural development.