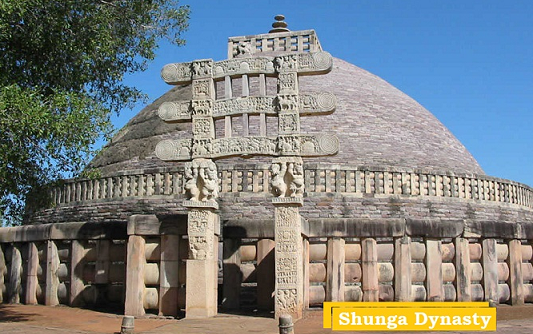 After the death of Ashoka, the empire started disintegrating, and finally the last king Brihadratha was killed by a Brahamana viceroy at Ujjain Pushyamitra Shunga in 185 BC and reigned for 36 years. Its capital was Pataliputra, but later emperors such as Bhagabhadra also held court at Besnagar (modern Vidisha) in eastern Malwa.