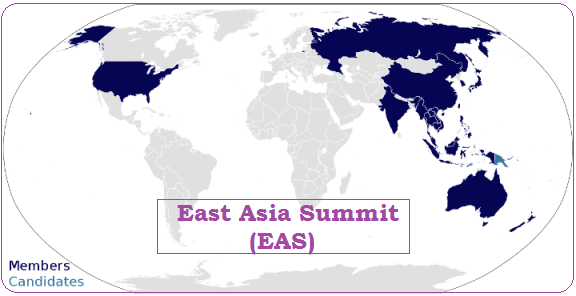 The East Asia Summit (EAS) established in 2005 is a forum of 18 regional leaders for strategic dialogue and cooperation on the key political, security, and economic challenges facing the Indo-Pacific region.
EAS is an initiative of ASEAN and is based on the premise of the centrality of ASEAN, it can only be chaired by an ASEAN member.