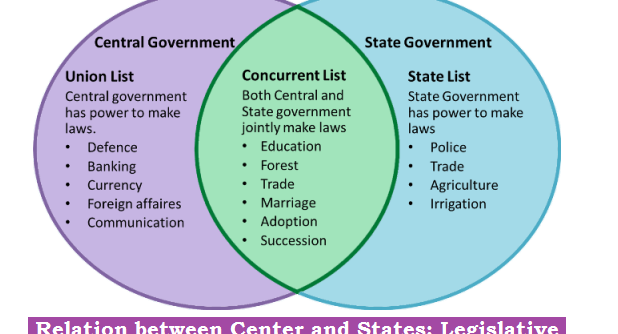 The Constitution of India, being federal in structure, in Part XI divides powers- legislative, administrative, financial- between the Center and the States.
The Centre- State relations can be divided under three heads:

a. Distribution in territorial extent:

b. Distribution of legislative subjects: